The AD Aerospace VIP Passenger Cabin Surveillance Solution or “Direct View” is comprised of a FV-0477 covert HD-SDI video camera (it is a 720p HD-SDI bullet camera externally controllable via RS485), together with an FV-0877 HD monitor. The resulting Camera System is used as a means to comply with CFR 25.785 requirements, designed to provide visibility of a minimum of 50% of passengers in premium class zone to seated cabin crew during Taxi, Take Off and Landing.

Recently this Direct View VIP passenger cabin surveillance system was adopted where a customer had a requirement to reconfigure the premium cabin of their Boeing 777 fleet to include new monuments which resulted in areas of the cabin that were not visible to cabin crew during taxi, take-off and landing phases of flight. A solution was required to restore visibility of these obscured areas during these crucial stages of flight so that the cabin crew would be able to ensure that all passengers were seated, as is mandated at these times. Due to the internal passenger cabin configuration, two cameras and two monitors were proposed, with the cameras being mounted in the appropriate bulkhead locations so as to provide the required field of view, and the monitors being located so as to be visible from the forward cabin crew seats.

The FV-0477 HD Camera operates down to very low light levels without the need for supplementary infra-red illumination and it is designed to be covert so as not to be intrusive or easily visible to passengers in premium cabins. The camera transmits an HD-SDI video signal to the FV-0877 HD Monitor, and, in the above use case, these two units were designed to be installed together on the Boeing 777 aircraft to assist in providing compliance with 14 CFR 25.785, with the result that the system was designed to provide seated cabin crew with visibility of at least 50% of the passengers in a premium class cabin zone during taxi, take-off and landing phases. 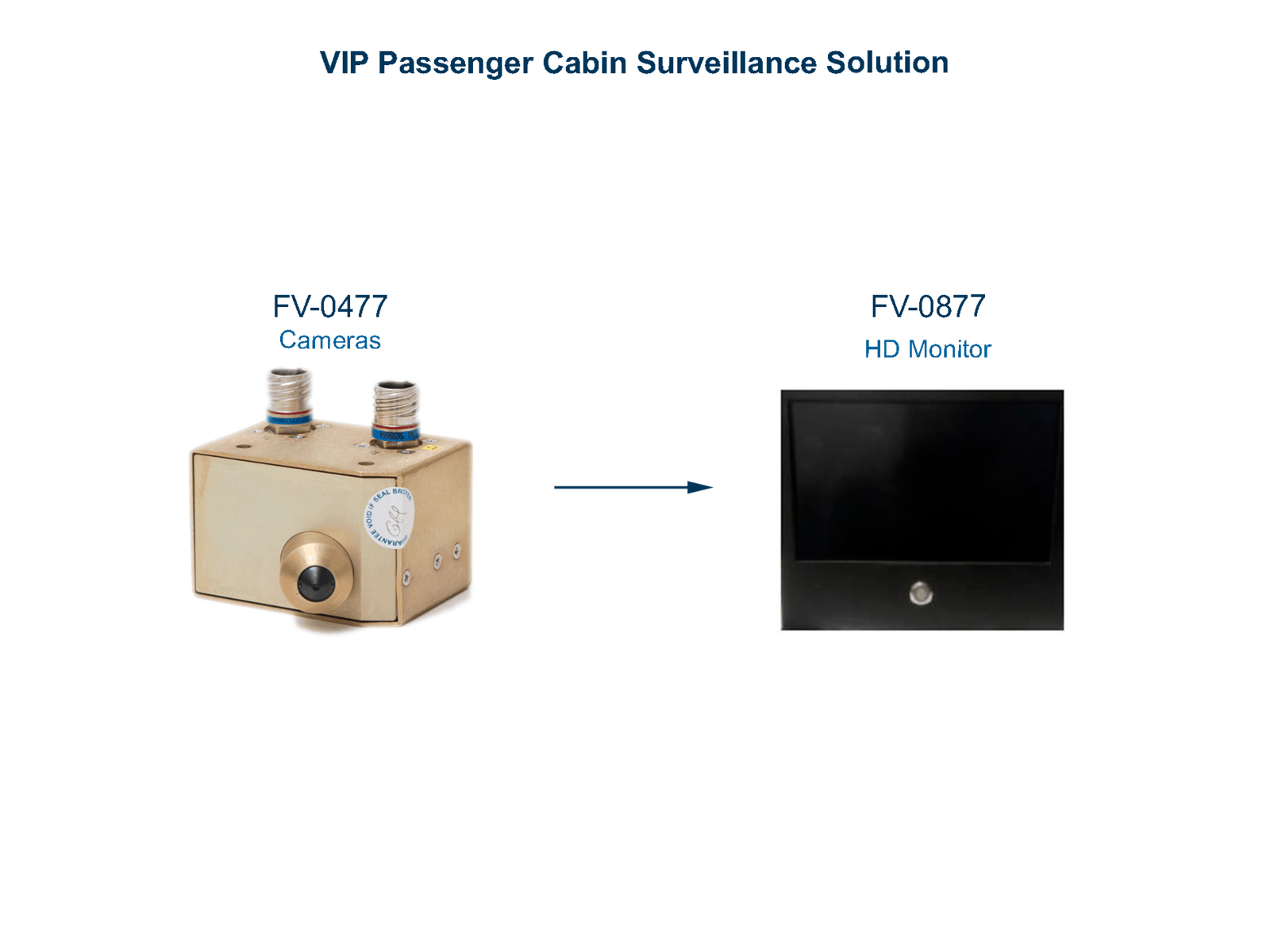