The system comprises of three cameras (FV-0406) and illuminators (FV-1038) with camera control units (FV-0950) which input to a switcher unit (FV-0530) which in turn provides displays to the aircraft MFD the views from each camera selected by means of a cockpit mounted FV-1070 control panel. These systems are installed by Boeing on line fit during the manufacture of the aircraft.

The Cockpit Door Surveillance System (CDSS) or Flight Deck Entry Video Surveillance System (FDEVSS) satisfies the requirement for a non-intrusive, non-distracting method of identification by the Captain and First Officer of who is trying to gain access to the flight deck/cockpit. In some airspace regions such as Europe, Middle East and Asia Pacific this is a mandated requirement, however in non-mandated regions airlines are choosing to have systems installed. AD Aerospace, having a Boeing certified offerable system supplies many of the worlds leading airlines and leasing companies either as SPE or BFE purchases. 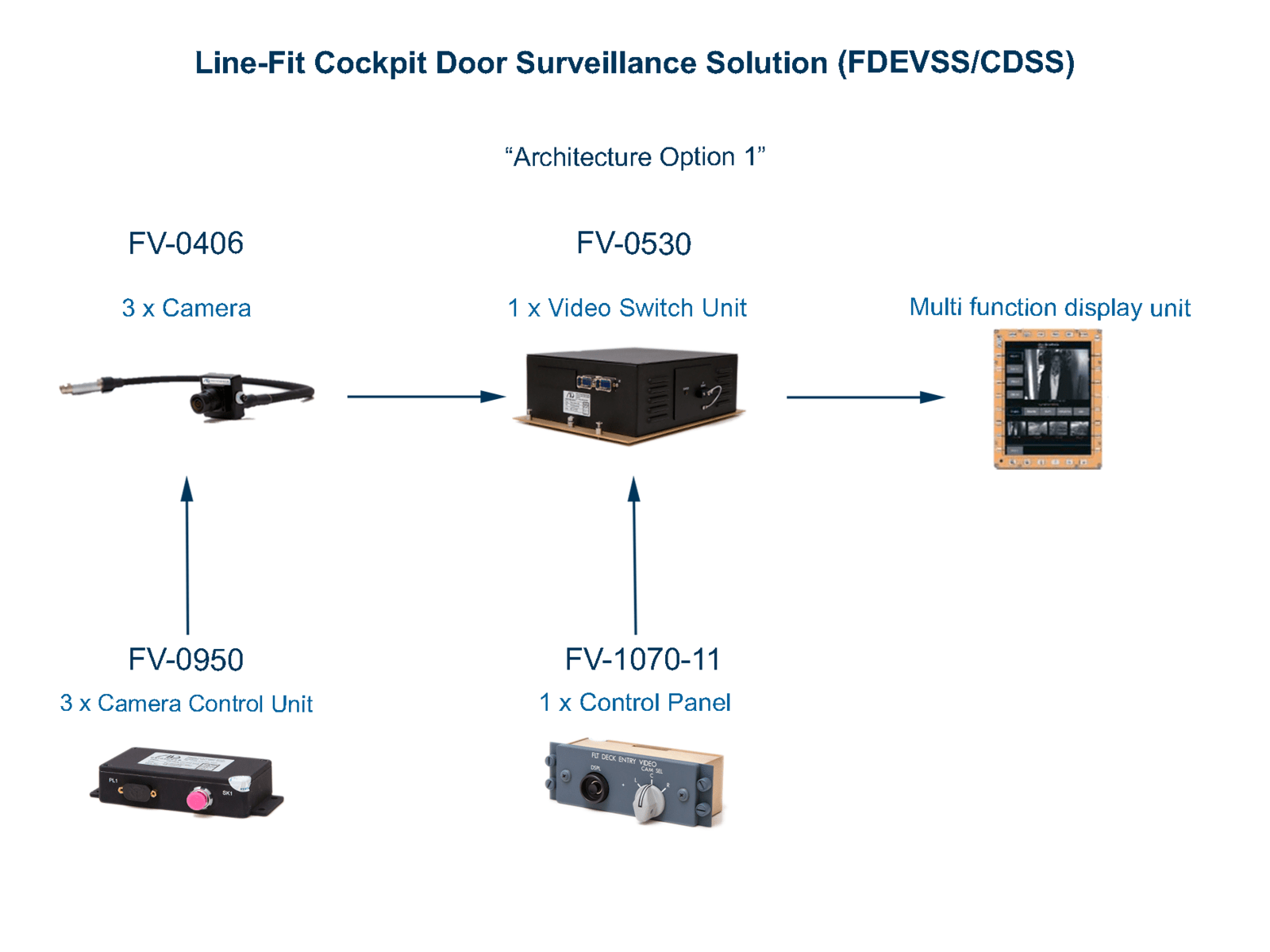 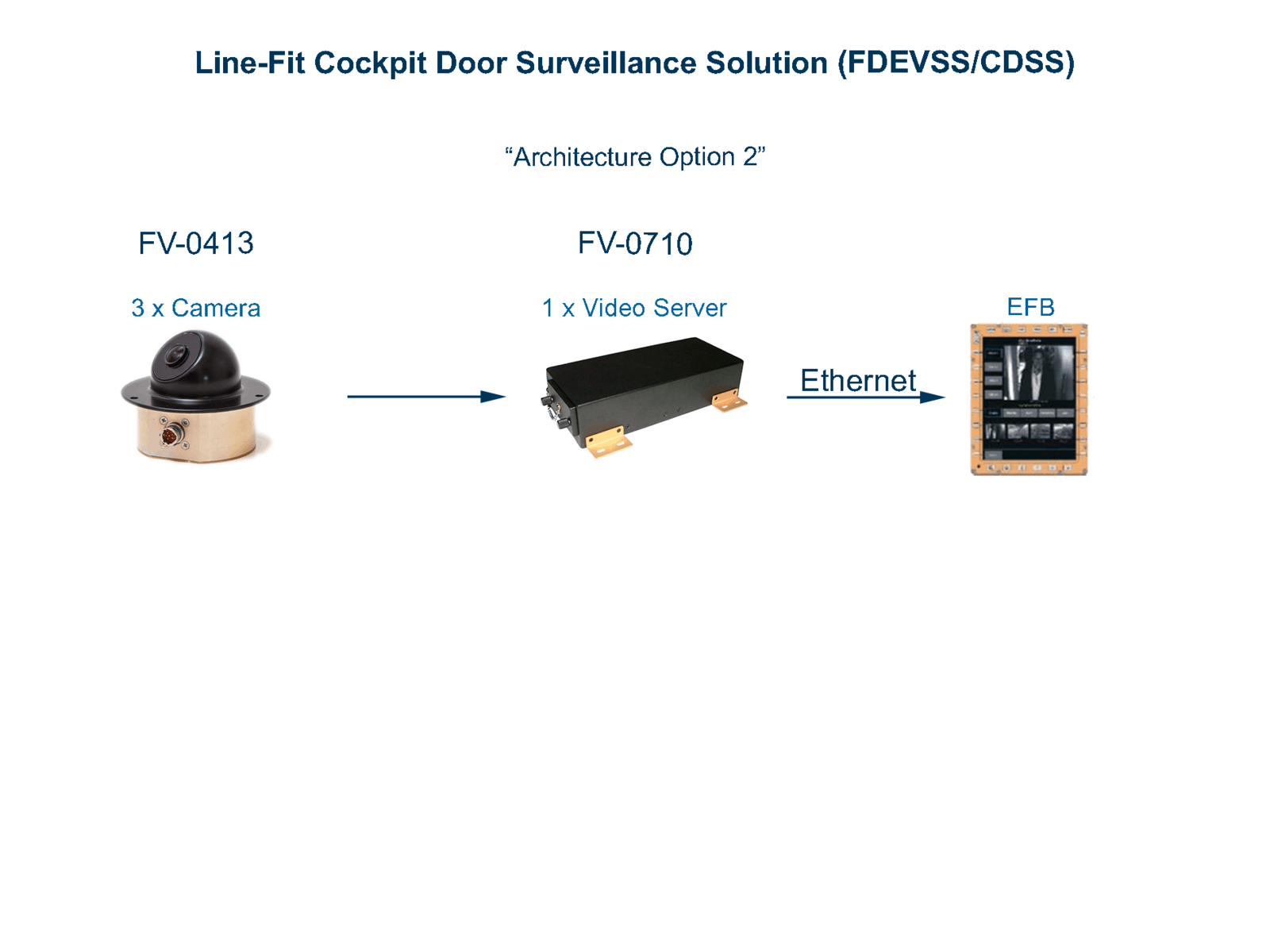 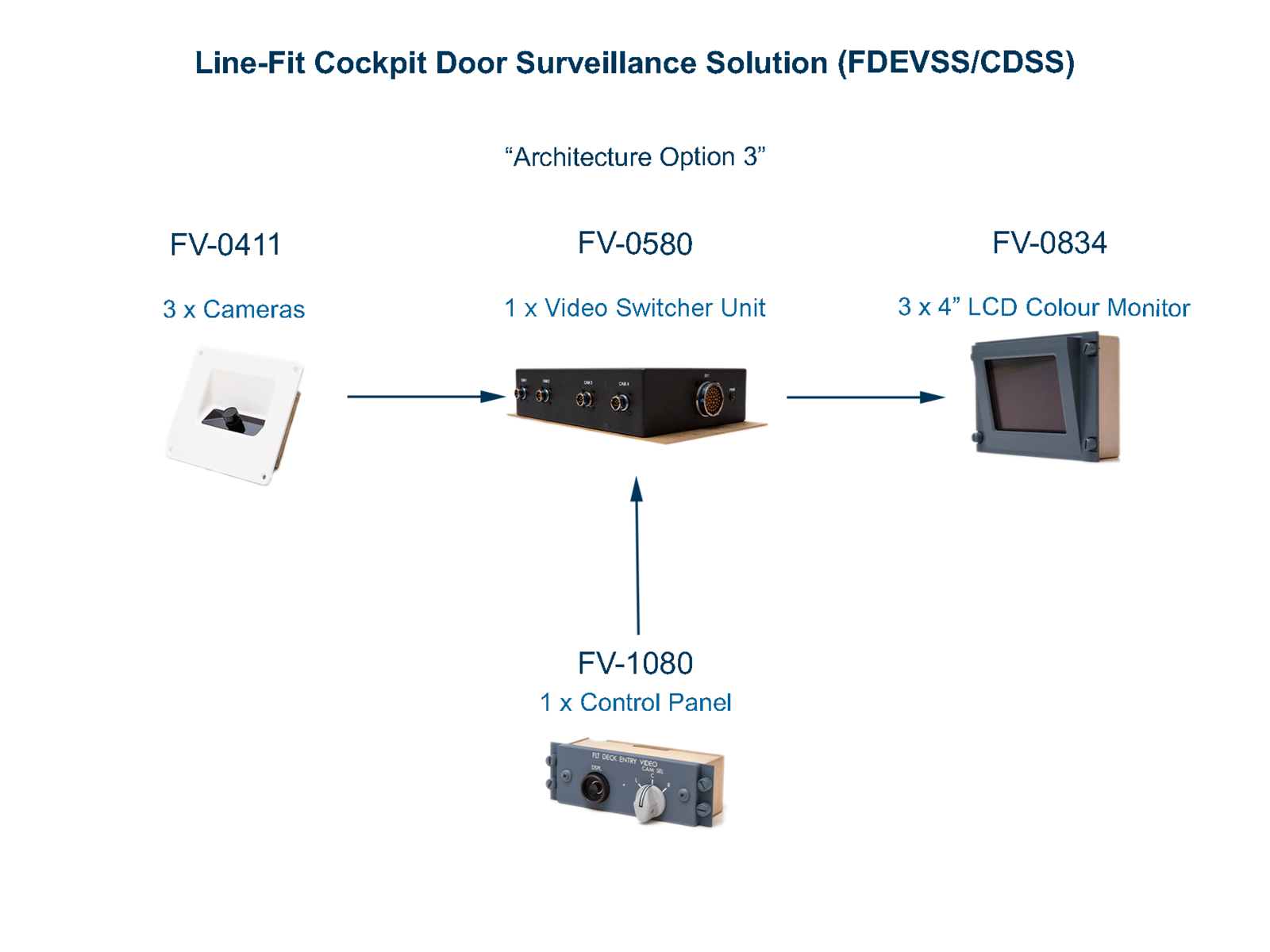